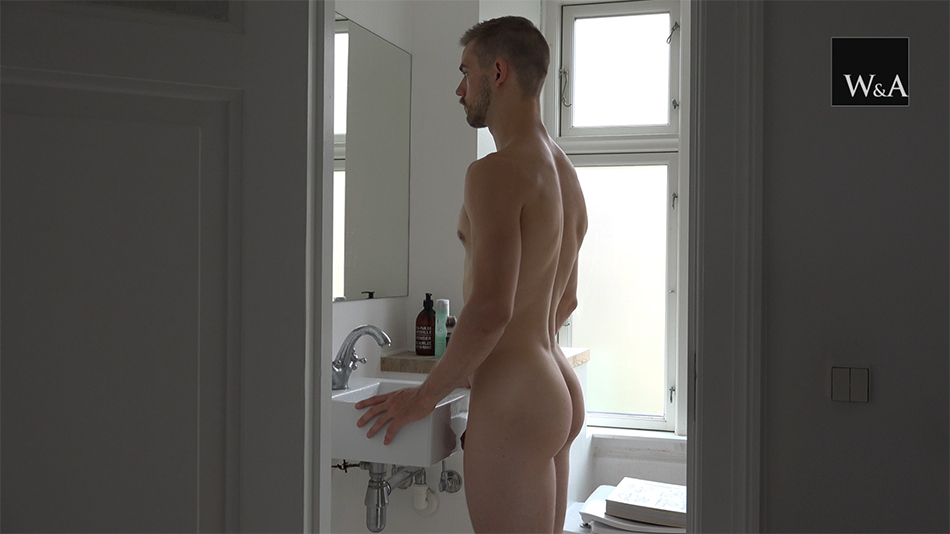 Objects of Desire_ W&A from Barbara Wilson on Vimeo.

The video is a collaborative work between Barbara Wilson and Rolf Alme.

The social development in the Scandinavian countries is changing gender conceptions and positions in a revolutionary way. At present more than 65% of the students at the universities are women. The young generation of Scandinavian boys and young men will have to adapt to other role models than the stereotype model of generations of men before them. The women will have higher positions in the society than men. The women will earn more money then men. The women will be the decision makers. This will fundamentally change the relation between women and men.

Traditionally men looked at women as objects. The men had high positions in society and they looked at women as objects. Their women should be beautiful. In this new developing social context women will look at men as objects. Now the men need to be beautiful.
In the video we see a young men as an object. We see him make himself into an object of desire. The traditional image we know is that of a woman making her face and body into this beautiful object spending hours on make up, hairstyle and trying dress after dress in front of the mirror.

Now it is the man.
In the video we see a young man that we could recognize from the paintings and from the video paintings. We see him training, shower, dry, put on body lotion, hair gel and make up and finally dress in front of the mirror. This young man is aware of the fact that women or other men regard him as an object. He just has to be beautiful to succeed. Just as generations of young women before him.

There is an obvious intimate and sexual element in this exposure of the young man. Now we are not looking through a half closed door into his room. Now we are there beside him in the bathroom, in the shower in front of the mirror. It is a disturbing position to be in. But even the young man in the shower is just as unreachable for us as the paintings. The unbridgeable abyss between the viewer and the object is still there.

Watching this video one is confronted with one’s own perception of gender and role models. Our stereotype image of the man is questioned. In some cultures and countries you see into a distant future by seeing this video. In Scandinavia wee see today.